Six Ways to Cultivate a Sense of Mutuality With Others 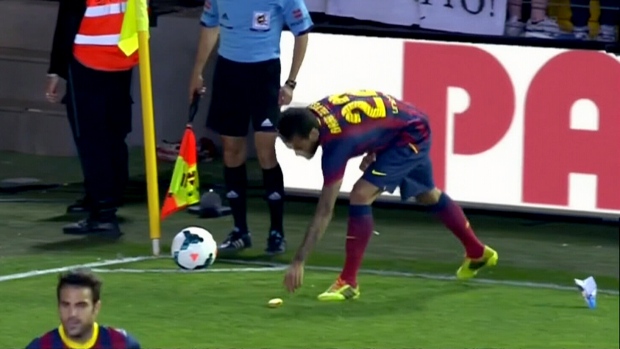 1. Two Ways to Turn an Insult Into Opportunity to Bring Out Their Better Side
• In Split-Second Persuasion, Kevin Dutton recalls a story in a London newspaper of “an elderly Afro-Caribbean man traveling home from work on a bus. At one bus stop a drunk guy got on and couldn’t find a seat. ‘Get up, you fat black nigger bastard!’ he shouted at the man. ‘You calling me fat?’ responded the man. The bus erupted with laughter, causing the drunk guy to stomp off the bus and the responder to attract admiration and support. “Disaster averted in just four amazing words,” noted Dutton. 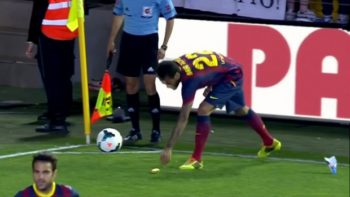 • During a stadium match, several spectators yelled racist insults down at the renowned, Brazilian footballer, Barcelona’s flying fullback, Dani Alves. Capping it off, an angry spectator who had been yelling racial “monkey” epithets at him threw a banana down in front of Alves as he was walking back onto the field to play again. Without a pause, Alves picked up the banana, peeled it back, ate a bite, casually threw the peel back over his head, then continued strolling back into the game. Thus he turned a potentially violent crowd situation into a unifying and celebratory scene for those who were outraged by the racist insult. In fact others in the stadium, proudly imitated his unfazed, positive response by standing up and throwing one arm up in the air, in an imitation of his banana toss. That spontaneous, super short, two-act playlet and the crowd’s responses were captured on hundreds of smart phones in the stadium, to rapidly spread around the world. Thus Alves’ droll, unflappable action elevated his stature and enabled him to be more widely known and admired, way beyond the legion of football fans in the stadium that day.

2. See How Purposefulness Elevates Our Behavior Towards Others
“Purpose is more potent than passion” in getting us to work harder and together notes The Power of Moments authors Dan and Chip Heath. They found that “passion is individualistic. It can energize us but also isolate us, because my passion isn’t yours. By contrast, purpose is something people can share. It can knit groups together.“ Yale professor Amy Wrzesniewski, who studies how people make meaning out of their work, found that many people think they need to find their calling.” She believes purpose isn’t discovered. It is cultivated.

You can cultivate purpose to unite colleagues at work, at organizations to which you belong, or at home or for a cause, I believe. In their book, the Heaths cite Wharton professor, Adam Grant’s study of lifeguards. “At a community recreation center in the Midwest, Grant divided 32 paid lifeguards into two groups. The first group, the personal Benefit Group, read four stories that described how other lifeguards had benefited, down the road, from the skills they acquired on the job. The second group, the Meaning Group, read four stories about other lifeguards rescuing drowning swimmers. The Meaning Group voluntarily signed up for 43% more hours of work in the weeks following the intervention. The stories had increased their interest in the work.” Supervisors who observed the individuals afterwards, yet did not know which group they had been in, found that the Meaning Group members had the greatest increase in helping behavior. Yet each group was only involved in one 30-minute session to evoke those strikingly different behaviors afterwards.

3. Craft a Goal That Motivates Others to Support Its Success
One of the “most famous and successful unifying goals of all time might be President Kennedy’s dream, articulated in a 1961 speech, the promise that ‘before this decade is out, of landing a man on the moon and returning him safely to Earth,’” wrote Morten T. Hansen in Great at Work.” Hansen notes that Kennedy’s stated goal had four qualities that motivated people to participate. It was ““common, concrete, measureable, and finite.” Elaborating, he wrote, “That’s a common goal: all 400,000 people working on the project – those working on the rockets, the landing vehicle, the space units, and so on – had to collaborate to accomplish it. The goal was simple and concrete: a man on the moon. It was measurable: The mission was over when the men returned safely to earth. It was finite: within a decade.”

Then Hansen contrasts Kennedy’s moon shot goal “with the goal that then-NSA administrator James Webb wanted: preeminence in space, including satellites, science, rockets, a moon landing, and so on. That sounds like many company goals – such as becoming ‘the best investment bank’ or ‘the premier retailer.’ Webb’s formulation violated all four of my criteria. It wasn’t a common goal, bringing together satellite engineers an scientists, for example, It was vague – you needed another page of text to explain it. It was impossible to measure (when have you reached ‘preeminence’)? Finally, it specified no deadline (someday?).”

4. Attract Support for a Proven Way to Make Your Town Stronger
Ask your city council members to emulate the approach of Chattanooga, Tennessee’s city council which enabled it to eventually provide, “the fastest, cheapest Internet in the western hemisphere” thus stimulating economic growth in the town. The city council partnered with its Electric Power Board, beginning way back in 2002 when it authorized EPB to provide internet services in the city then, in 2007, to “launch fiber-to-the-home gigabit-speed services by 2010 and 10-gigabit-speed services by 2016,” reports to Nikolas Kichler in Shareable Cities: Activating the Urban Commons, a book co-created by Shareable participants. When the city “was struggling to update its energy grid it funded its smart grid through a $169 million in municipal bonds and a $111 million U.S. Department of Energy stimulus grant, and launched broadband Internet service in 2010.” “According to EPB’s site, the network serves 75,000 businesses and households with what Mayor Andy Berke has claimed is the fastest, cheapest, and most pervasive broadband service in the Western hemisphere. To reach even more residents, it rolled out its half-price $26.55 a month NetBridge service in 2015 to any household with a child eligible for the National School Lunch Program. According to a May 2016 CNN story, NetBridge attracted 1,700 eligible low-income families within its first year…Chattanooga’s network created up to 5,200 new jobs and up to $1.3 billion in economic activity… “Chattanooga’s example shows that by owning the infrastructure, a city government has greater clout to “address such issues as the digital divide and net neutrality instead of relying on distant federal agencies.”

5. Build Comfortable Ways For Individuals To Know Each Other
At the evolving Downtown Project in Las Vegas, renowned Zappos’ founder Tony Hsieh purposefully assigns parking spaces that are at least a block from where employees work to spur “collisions,” meaning serendipitous meetings between individuals. Also, some startups and technology firms are periodically moving employees around so they sit next to different people. “A worker’s immediate neighbors account for 40 percent to 60 percent of every interaction that worker has during the workday, from face-to-face chats to e-mail messages. There’s only a 5 percent to 10 percent chance employees are interacting with someone two rows away,” according to Ben Waber of Sociometric Solutions. “Grouping workers by department can foster focus and efficiency,” discovered MIT’s Christian Catalini, yet “mixing them up can lead to experimentation and the potential for breakthrough ideas.” 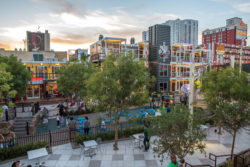 6. Increase a Sense of Belonging in Tight-Knit Groups Within a Larger Organization
“We are not only ‘bowling alone,’” suggests Stanford professor, Jeffrey Pfeffer, we are increasingly ‘working alone.’” Yet we still long for meaningful work and a sense of belonging – and organizations that support those very human desires are more likely to spur high performance and innovation. What’s the secret, then, to cultivating close-knit relationships in an organization? It’s something that groups as different as Gore, Saddleback Church, and Quantified Self have built into how they operate. Participants work in one or more small groups or teams that are networked within the larger organization. In effect, they are structured as, what retired general Stanley McChrystal dubs a Team of Teams. In our increasingly complex, yet connected and disruptive world, “adaptability trumps hierarchy” according to McChrystal, and networked teams are most likely to act swiftly and aptly to capture opportunities and solve problems well. Few organizations are structured this way, despite ample proof that it is one of the best ways to optimize talent and innovation.

Tip: We are most likely to stay highly engaged and happy in organizations that:
– Operate as small groups that are tight-knit, cross-functional and sometimes self-organized.
– Have enough rules (carrots and sticks) and structure to enable us to use best talents together on meaningful work.
– Encourage us to propose mutually beneficialchanges in those rules and structure.
– Spur our shared learning, camaraderie and mutual support.

If you have read this far methinks that you, too, care about enabling others to have a meaningful, more productive and enjoyable life, with and for others. I’d love to learn from you, one other way to make that more likely to happen. Share your idea as a comment below?