What Role Will You Play in Entertainment?

From the Slobberknockering changes in pro wrestling to the appearance of Cartoon Network clips on YouTube “entertainment” is changing. Some fans are becoming co-creators. New kinds of businesses and individuals are now distributers. What role would you like to play? 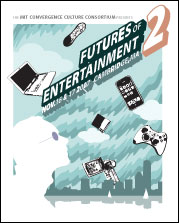 Want a window into the future of entertainment? Attend next year’s Futures of Entertainment conference at MIT. The 2007 conference just ended this weekend. “You see entrepreneurs mixing with educators, admen with game-world architects, artists with engineers,” notes Jesse Walker of Reason magazine.

“In 2006, at the Friday night reception, I sat between an officer in a small gaming company and an anthropologist studying Firefly fans,” Sam Ford told me. He’s with MIT’s Convergence Culture Consortium, the conference sponsor. he adds, “A couple chairs down was a fellow journalist — she was interviewing people for Spellcast, a podcast devoted to the Harry Potter fan community.”

Rather than a meeting of peers from this same profession, this conference attracts wildly different kinds of people. What they share a passionate interest in entertainment and what’s broadly call culture. And where their interests converge they have exciting opportunities to collaborate. It’s the only place on the planet where, “academics, creatives and industry professionals …” gather to compare notes on “games, comics, television, transmedia storytelling, alternate reality games, user-generated content and fan cultures.”

“It is one of the few conferences that gets the big-brained academics and big-money industrialists to share,” notes Marisa Gallagher. 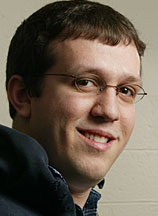 “The line between producers and consumers is no longer as clear as it once seemed to be,” observes Ford. From Cult Media to Fan Labor to Mobile Media, read living blogging coverage of the conference. In this podcast hear more – and, perhaps contemplate how you might participate.

This kind of conference reflects another kind of trend. The desire to expand one’s world and find fresh ways to collaborate by mingling with bright people in other kinds of work. See, for example, the TED Conference and Renaissance Weekend.