Forge a Partnership to Battle the Bigger Guy

You don’t have to be a powerful politician to increase your influence by partnering. Emulate

their tactics. Here’s how:

1. Are You Under Someone’s Thumb?

When your piece of the pie keeps getting smaller, don’t battle others for a bigger piece – making their share

smaller. Instead join forces with them and fight for a bigger pie.

That advice came from one of my mentors, Harvard negotiation and decision making expert Howard Raiffa. Your best bet to gain more clout collectively, as others are, especially when under the thumb of someone with much more power.

2. Then Forge the Alliance That Can’t be Ignored 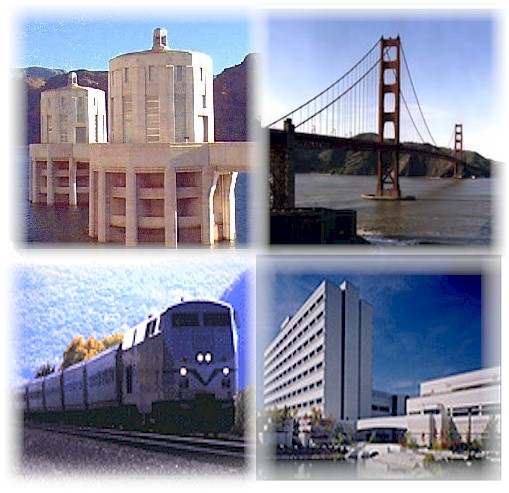 With others you can change the power paradigm. Out to prove the power of the right partnership – and look like public heroes – are New York Mayor Michael Bloomberg, California Gov. Arnold Schwarzenegger and Pennsylvania Gov. Edward Rendell. Faced with a record deficit in Bush’s just-proposed budget, they formed a coalition to “encourage” (read “pressure for”) “direct federal funding for infrastructure investment.”

3. Name Your Group to Label the Situation Your Way

4. Get Maximum Attention by Moving From Specifics to a General Goal – Not Vice Versa

In announcing the coalition, Bloomberg started with a few vivid specifics then moved to the

“obvious” general conclusion: ““We can all look at recent headlines in New Orleans, air traffic congestion in the Northeast or the bridge collapse in Minnesota to realize that our nation’s infrastructure is in need of serious attention. “But those examples only scratch the surface of the problem. The funding to maintain our existing infrastructure, and to improve and expand infrastructure as our nation continues to grow, just hasn’t been the priority it needs to be.”

Don’t let people stop listening before you stop talking. When we feel strongly about our situation and are steeped in knowledge about it we tend to speak in fervent generalities, talk too long and bury our main message – the one that could attract support. Speak English Like it Tastes Good.

That keeps all partners invested in the success of “our” alliance. Together you can:
• Makes the message more credible and compelling
• Offer multiple and mutually-reinforcing points
• Attract a wider mix of potential supporters.

When the coalition was announced, Rendell said, “State and local governments have been forced to pay an increasing share of infrastructure maintenance costs, and they now need federal aid.”

This coalition is out to prove that their pie is, in fact, getting smaller. And less funding is making “our” communities less safe, harming local business and the environment… and so on.

Schwarzenegger gets to deliver the money quote to drive home that point: “America needs $1.6 trillion worth of infrastructure over the next five years yet federal investment has been cut in half as a percent of gross domestic product since 1987. This is disastrous because without adequate infrastructure to quickly and safely move goods and people, our economy and our traffic will stop dead in its tracks.”

7. Time Your Announcement to Gain Maximum Visibility and Leverage

During this long presidential campaign period, reporters need fresh angles to cover. This coalition was

announced before President Bush announced his staggering budget and just 16 days before Super Tuesday. Weary pundits and political reporters need a new news hook, related to the campaign. The coalition partners provided one – a “first ever” – to, “educate presidential candidates on the enormity of the infrastructure crisis.”

Photo-ops do have impact. Like politicians, celebrities and other public figures, you can bolster your message by choosing where you announce it. The three political leaders announced the coalition while standing under a freeway overpass in Los Angeles.

8. Piggyback on Others’ Credible Messages

Following up on New York Times columnist’s Bob Herbert’s column, the coalition partners wrote to him, “Mr. Herbert is right to call on the federal government to take a stronger leadership role in meeting our nation’s infrastructure challenges. We recently announced the formation of Building America’s Future, a nonpartisan coalition that will fight for exactly this goal.”

9. Invite Others Who Also Want to Make “Our” Pie Bigger

In this fight for upgrading our roads and other basic infrastructure, the coalition founders are recruiting the professional groups of local and state elected and other government officials, civil engineers and others affected by decreasing size of the infrastructure pie.

Also, morph your structure to go after your goal: After the presidential election, the coalition will become a think-tank.

Remind the holder of the big pie that he will have to fight “us” not just “me”: Schwarzenegger said “I could not be happier to join Governor Rendell and Mayor Bloomberg to shine an even brighter spotlight on this critical issue.”