Give Unforgettable Gifts by Involving Others 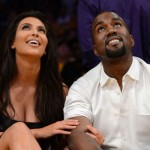 Your apt, unexpected gift can reflect the flip side of Kim Kardashian’s present to Kayne West, a $750,000 Lamborghini, which may, in fact, have cost her nothing if the carmaker gave it to her as a product placement opportunity. 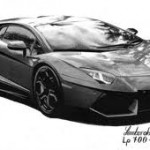 In a celebrity obsessed, time-pressed and increasingly transient world where more people are working and living on their own, your thoughtful gift may be one of the most indelibly happy memories for someone.

A loved one, work colleague or even a stranger — all present opportunities for unexpected giving.

Even some prisoners, nurses and, perhaps you know, first-hand, that us-building giving not only tenderizes those who receive a gift but, even more, those who choose to be unconditional givers. 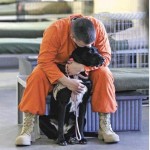 Simply put your presents can be acts of collective giving:

1. Fill your life with positive, meaningful memories with others

2. Make you more empathic, sharpening your observations of other’s needs and interests as you picture the present that would most delight them

3. Pull others closer into your life, deepening relationships and sometimes jumpstarting rituals.

4. Reinforce the better side in others so they are more likely to see and support yours

5. Inspire others to imitate your gift giving, after they receive your gifts, observe their being given or hear about the gift.

Here is just one way to make an unexpectedly deep difference in someone’s life by how and where you give:

Honor them in front of some of the people who most matter to them. When Juan was chosen to be the employee of the month at the factory where he worked, Madge, his boss, asked others on his shift, “Is there some group to which he belongs?”

She discovered that he had belonged to a bonsai club for a decade. Madge called the club president to ask if she could present the cash award, at a club meeting, briefly describing his innovative ideas that had caused him to be chosen.

Not only did the president agree, he asked three members to be ready to toast Juan and stationed another member to photograph the lively ceremony. Later he included some of the photos in the club’s blog along with a description of the unusual ceremony.

He decided to sent two of the candid photos of the toasts to the editor of the local paper, who, because of the unexpectedly slant to how an award was given, chose to cover the “good news” story. The canny editor understood that such a story generated bragging rights for all participants, thus giving the story legs, something every editor and reporter craves.

He also sent the photos to Madge who posted them on the factory floor and included two in the employee newsletter.

Imagine if all the participants described the event on their Facebook page and Tweeted about it, then created pages on both Twylah and RebelMouse.  Then more people might hear about Juan’s honor – and the people who joined in celebrating it with him.

How can you magnify time impact of an honor or other recognition by involving people from more parts of the recipient’s life?

Give in a ways that multiply the opportunities for joy the recipient – and those who matter to them – to feel honored. Shining a brighter light on someone in these ways often means that others get to feel the warmth of participation.

Yet know that there’s an inherent paradox of gifts, according to Dr. SunWolf:  “I know what I have given you.  I do not know what you have received.”

A final takeaway: We can give without loving, but we cannot love without giving.

Our primitive “fight or flight” brain reacts faster, more intensely and longer to negative words and actions than positive.