“I swear, my dear. Sometimes our conversations remind me of a broken sword.” She raised an eyebrow. “Sharp as hell,” he said, “but lacking a point.” ~ Brandon Sanderson, Warbreaker

Real Conversation Is Akin To Catching A Fish 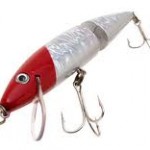 Until you find the lure and hook on which someone will bite, you won’t pull them closer. You are talking to yourself. Soon they may show irritation or worse, or go on a mental vacation. Whether you’re attempting to get closer to your spouse, a prospect or critic, this holds true.

“It is all right to hold a conversation but you should let go of it now and then.”~  Richard Armour 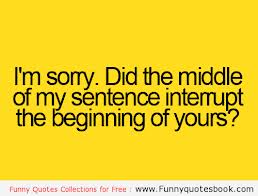 When you see their interest rise in the conversation you have a glimpse of the hook. Ask follow-up questions, directly related to what that person just said. If you do just this much, then recent research shows you are among the five percent of Americans who actually do.

In so doing, you accomplished two things. You increase their openness towards you because you’ve demonstrated you care. And you’ve gotten a closer look at the hook that most matters to them in the conversation.  Now you can speak to their hottest interest, in a way that serves you both.

“Listening is a magnetic and strange thing, a creative force. The friends who listen to us are the ones we move toward. When we are listened to, it creates us, makes us unfold and expand.” ~ Karl Menninger 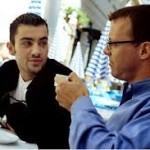 One of the biggest misconceptions about connecting is seeking, first, to be liked. The counter-intuitive way to get someone to like you is in knowing this core truth: If they like the way they feel when around you, they will like you. In fact they will project onto you the character traits they most like in others, even if you have not yet exhibited them.

Conversely, if they do not like the way they act when around you, they instinctively blame you for it, regardless of the “true” reason. They will project onto you some of the qualities they most dislike in others. What’s worse they will go out of their way to prove they are right, even in ways that damage their reputation as well as yours.

“The true spirit of conversation consists in building on another man’s observation, not overturning it.” ~ Edward G. Bulwer-Lytton

Eleven More Ways to Connect  in Conversation And Stay Sought-After ….

Bring out others’ better side and they are more likely to see and support yours.