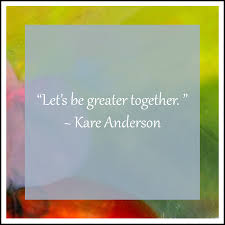 From companies to clubs to causes, groups most likely to succeed, today, need to keep top talent engaged by encouraging the nimble formation of self-organized teams to tackle opportunities and problems faster and better together. 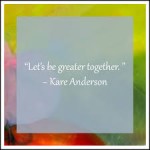 Those who can actually recruit the right team and be the glue that holds them together must have the reputation for being mutuality minded.

How? By creating opportunities, with and for others.

By emulating their traits, you can become a sought-after Opportunity Maker. Not only are you able to accomplish more you naturally attract more adventure and richly diverse relationships.

This approach supports Stew Friedman’s notion of making all parts of your life reinforce each other rather than being time robbers from each other.

Here are ten practices that put you on that path:

1. Choose the Right Team Members for the Task

Then tell the team why each member was chosen, the specific talent and experience that person can provide. After they have met together, ask if they believe they are missing any kind of team member to do the task.

2. Be Very Specific in Describing the Team’s Top Goal

Then ask the team if there is a better goal in light of the organization’s top goal. Be sufficiently specific that success or lack of it is clear. For example, a goal may be to attract referrals from five percent of our customers within a year. 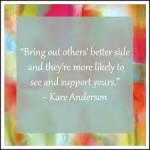 3. Characterize the Individual and Collective Benefit of Participating

Vividly and concretely characterize the direct benefit to the listeners up front, for providing support, even if it is a part of their jobs anyway. Then characterize how the expected support directly relates to a top goal of your organization.

4. Give the Team the Power and Responsibility to Self-Organize for Their Success

Tell the team to propose how to accomplish that goal and how they want to be held accountable, to each other and to you. Within a week after the team is formed, ask them to report their approach. 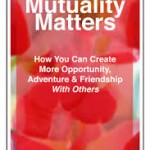 Listen deeply, questioning to be sure you understand, yet rarely to suggest an alternative. Teams will work harder and smarter to prove themselves right than to prove you were, and they will become proud of each other and the opportunity you entrusted in them.

As well, ask what rules of engagement they will use to work together, what resources they need, their timetable and preferred way to keep you in the loop as they proceed.

At the beginning of every meeting or other interaction, do everything lower, slower, less – in moving and speaking – so you get “in sync.” You can then establish a common direction and involvement so when you pick up speed later on, everybody is eager to be on board. 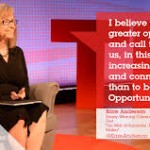 Announce some clear, actionable rules upfront and rewards for participation. Don’t change them midstream without a compelling reason that those affected can believe.

Seek and reward candid feedback on an ongoing basis, and respond specifically and soon to what you’ve been told, including the rationale about the action you will or will not take, based on that feedback.

Listen. Ask. Ask more. Then synthesize others’ ideas as a way of proposing the next course of action, citing others for their specific insights that enabled you to forge this approach.

Give specific, genuine praise for others’ contributions, from anywhere in the company. Praise them virtually and in front of those who are important to them, and in ways that reflect their highest self-image and values – and their strongest talents and temperament.

Demonstrate a congruency in all you do. Make and keep agreements. Reflect a clear set of actionable, core values that you keep, regardless of whether they share those values.

“In everybody’s life, at some time, our inner fire goes out. It is then burst into flame by an encounter with another human beingWe should all be thankful for those people who rekindle the inner fire.”~ Albert Schweitzer