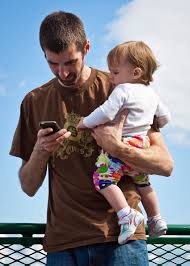 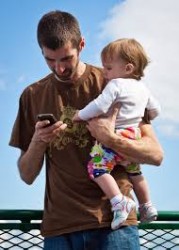 A few years ago, DisneyWorld executives were wondering what most captured the attention of toddlers and infants at their theme park and hotels in Orlando, Florida. So they hired me and a cultural anthropologist to observe them as they passed by all the costumed cast members, animated creatures, twirling rides, sweet-smelling snacks, and colorful toys. But after a couple of hours of close observation, we realized that what most captured the young children’s attention wasn’t Disney-conjured magic. Instead it was their parents’ cell phones, especially when the parents were using them.

Those kids clearly understood what held their parents’ attention — and they wanted it too. Cell phones were enticing action centers of their world as they observed it. When parents were using their phones, they were not paying complete attention to their children.

Giving undivided attention is probably the most vital ingredient for any healthy relationship. It is impossible to communicate, much less bond, with someone who can’t or won’t focus on you. At the same time, we often fail to realize how what we focus on comes to control our thoughts, our actions, and indeed, our very lives.

Whatever we focus upon actually wires our neurons. For example, pessimistic people see

setbacks and unhappy events as:

So suggested Learned Optimism author Marty Seligman. Yet, with practice, he found that we can actually learn to focus more attention on the positive possibilities in situations to craft a redemptive narrative of our life story. Consciously changing what you pay attention to can rewire your brain from a negative orientation to a positive one. “Attention shapes the brain,” as Rick Hanson says in Buddha’s Brain.

Because attention is so closely connected to our brain’s basic wiring, it can be difficult to recognize our own patterns of giving attention — patterns we’ve been absorbing since birth. Yet different cultures do allocate attention differently. For instance, psychologist Richard E. Nisbett showed an underwater scene to students in the U.S. and also to East Asians. While the Americans commented on the big fish swimming amongst smaller fish, the East Asians also discussed the overall scene, including plants and rocks. Nisbett concluded that East Asians focus on relationships while Westerners tend to see isolated objects rather than the connections between them. 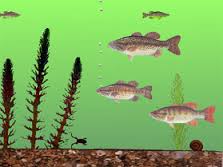 John Hagel wrote about a similar experiment, cited by Nisbett, “A developmental psychologist showed three pictures to children — a cow, a chicken and some grass. He asked children from America which two of the pictures belonged together. Most of them grouped the cow and chicken together because they were both objects in the same category of animals. Chinese children on the other hand tended to group the cow and grass together because ‘cows eat grass’ — they focused on the relationship between two objects rather than the objects themselves.”

For a self-aware, meaningful life with others it behooves us to learn two things from these studies:

Let’s go back to the Disney example. Those parents probably thought they were paying plenty of attention to the different stimuli of DisneyWorld — and to their young children. But their kids’ behavior tells us what they were really spending their attention on: their mobile phones. Many of us are guilty of devoting more attention to our cell phones than other feel is apt for the situation: Texting during a business planning meeting or dinner out with one’s spouse.

To learn about your own attention patterns, examine someone else’s. Most motivational speakers, self-help writers, therapists and pharmacologists encourage us to focus on “me” to become more self-aware. They suggest that we look inward to understand and improve ourselves for a happier, better life. That’s not wrong. It is just incomplete. Instead of just asking, “What most preoccupies me? Does it make the world seem welcoming or withholding?

Be deeply present with someone else. Be the best listener they’ve experienced in months, maybe more. This is the first and most basic ingredient in any interaction. Simply gazing steadily and warmly at that person, nodding at times and reiterating what you heard to prove you that you have actually listened will activate an empathic, mirror-neuron response in both of you. Responding specifically warmth and candor can deepen most any relationship.

You are cultivating a connective thread to the conversation. That will be much appreciated, even by some who may not recognize why they are enjoying the conversation. Such behavior enables people to get to know each other better, make progress on a project, and provide smarter support to each other over time. That’s helpful in all parts of our lives.

Listening is an Act of Love Storycorps founder and TED prize winner, Dave Isay, discovered after facilitating thousands of individuals being paired up for recorded conversations in which they described why someone was significant in their lives.

As leaders, what you pay most attention to not only controls your own brain, but also sets the example for your team that they will most notice, believe and often emulate. Yet as with any scarce resource, you can only intelligently allocate your attention if you know where you’re spending it.

Giving and receiving undivided attention, even briefly, is the least that one individual can do for another — and sometimes the most. And yet, attending to others doesn’t just help them — it helps us, by evoking responses that help the listener feel cared for, useful, and connected to the larger world. Paying attention may be an individual effort, but it’s also a kind of social cement that holds groups together and helps them feel part of something greater than themselves.

It’s not always easy, but we can improve with practice. Consider what may be your bonus benefits. As deep, connective listeners we often become more flexible, more open to new ideas, and better able to resonate with diverse others. Inevitably that leads to a richer, more meaningful life and accomplished life with others.