Share In Ways That Make Us Proud To Participate 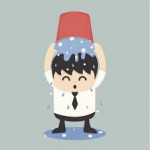 Why, exactly, did the famous #ALSIceBucketChallenge raise over $100 million within a couple of months? And what spurred people to support the challenge by creating more than 17 million videos that were viewed more than 10 billion times on Facebook alone?

That contagious stunt, according to Shareology author, Bryan Kramer, involved a four-step formula for “making something crowdworthy.”

Inherent in his approach was creating a visual vignette in which others can quickly picture a role they would be proud to play in it. Former movie executive and Tell to Win author Peter Guber calls this crafting a purposeful narrative.

Kramer dubs this “making something crowdworthy.” In keeping with the mutuality mindset of enabling others to feel proud to participate, Human to Human (H2H) advocate, Kramer prefers the term “crowdworthy” rather than “going viral” “because it puts the power into the hands of the people sharing it instead of celebrating the genius behind the person who created it.”

Here are Kramer’s four steps to scaling avid participation in “our” campaign:

Plus, naming three people each time, rapidly scaled participation, as a virtuous circle does. After all, who wants to feel left out?