Seven Traits to Emulate to Become a Sought-After Ally 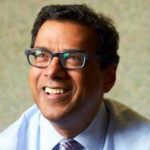 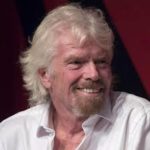 Apart from honing their top talents, guess what renowned surgeon, author and public health researcher, Atul Gawande and billionaire founder of Virgin Group, investor and philanthropist, Sir Richard Branson have in common? They have two vital and intertwined traits in this increasingly complex world where we are drowning in information. They’ve sharpened their ability to be quotable and to be deeply connected to notable people in worlds apart from the one in which they work. In so doing, they are likely to see trends early and be considered thought leaders on a broader stage, thus being able to attract more opportunities and secure support. Namely, it keeps them sought-after.

Here are seven specific behaviors that will help you stay relevant and become sought-after:

1. Become a connective listener
Be genuinely curious by asking follow-up questions that relate to what a person just said, rather than what interests you. Keeping the focus on the other person enables you to get closer to their underlying interests, better remember what they said, and be able to discuss the world their way.

2. Make your message almost as vital as oxygen
Label yourself before someone else does. Some topics are widely discussed in first conversations, such as what you do or what you most care about. Give A.I.R. to your messages by including three elements:
Make them Actionable
Involve an element of Interestingness
And be highly Relevant to the person with whom you are speaking

3. Seek out the most left-out person in the situation
When in a lively gathering, pull in the most overlooked person and thus alter the dynamic of the conversation and earn an ally. Plus it will feel good. 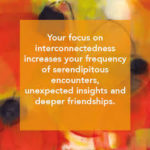 4. Speak to another’s positive intent, especially when they appear to have none
Rather than saying why you don’t like what someone is doing, first act as if the other person means well, and cite something that person said or did that you genuinely admire. In so doing, you are more likely to turn around potentially divisive situations, sidestep conflicts, and sometimes even turn potential critics into unexpected friends.

5. Speak sooner to a possible sweet spot of mutual benefit or interest
Start deeper and you may be surprised by the desire others have for a more meaningful conversation.

6. Cultivate Unexpected Allies
It pays to seek out individuals who are vastly different from you in temperament, life experience, and perhaps even values. Out of these meetings you may find the right ally to co-create a new product or organization, enter a new market, or to simply cross-consult.

7. Praise individuals in front of those who most matter to them
Specifically, vividly describe the admirable thing someone did when you are around their most valued colleagues or friends, either face-to-face and/or by sending a descriptive note or email to them, copying others.