Laughing Together is Living Well 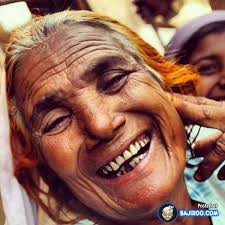 Opportunity is often inconvenient. Wrenchingly, yet ultimately insightfully, I had two days in one week which were filled with the kind of “character-building opportunities” that might seem funny…someday far off in the future. They included a tense situation featuring our office staff circling around a suddenly and stubbornly silent computer as if it were the community hearth gone cold, and another scene involving an urgently non-stop-talking insurance specialist with a dire case of foot odor as my seatmate on a much-delayed, cross-country flight.

Where to turn when you are thinking of making snide comments or worse?

Why, to humor, of course. At the best and worst of times, unifying humor is what gets us through, brings us closer, and creates the stories we love to retell with a smile.

Senior copywriter at USA Advertising, Frank Visco, once wrote (tongue-in-cheek) that, “One should never generalize.” At the risk of generalizing, a 1999 MIT study reports that people demonstrate humor in one of three ways:

1. Divisive: Humor that is insulting to or about others.

Example: A music reviewer wrote in the newspaper, Record Mirror, in 1988, “Few people know that the CIA is planning to cripple Iran by playing the Bee Gee’s ‘ESP’ album on special loudspeakers secretly parachuted into the country.”

There are exceptions. For example, some apparently divisive humor is often unifying because of the nearly universal view of the institution you are knocking, and when you use their own words to poke fun. For example, “Please provide the date of your death” is an actual quote from an IRS letter received by a reporter.

Sometimes the institution sets itself up for a double shot of humor. Here’s an excerpt from Correction Notice in the Ely Standard, a British newspaper:

All too often, simply repeating what someone said can show them in an unfavorable but humorous light: “I was provided with additional input that was radically different from the truth. I assisted in furthering that version.” Colonel Oliver North, from his Iran-Contra testimony.

Some apparently divisive humor merely reflects the understandable emotion of the moment and then is positively unifying: “Men, I want you just thinking of one word all season. One word and one word only: ‘Super Bowl.'”

Bill Peterson, football coach “It’s no exaggeration to say that the undecideds could go one way or another.”

Use With Caution: Even with friends where you think they will understand, divisive humor can hurt. As an anonymous humorist once wrote in a list of “Rules of Combat”: “The only thing more accurate than incoming enemy fire is incoming friendly fire.”

Others can use unifying humor to recover from their use of divisive humor:
“People who think they know everything are a great annoyance to those of us who do.”

2. Unifying: Humor where you make yourself and/or the situation the center of the joke. Such self-deprecating people build trust.

Examples:
My friend Sylvia’s mother gave this toast at her 60th birthday party: “Time may be a great healer, but it’s a lousy beautician.”

Phyllis Diller said, “I know what got me into comedy . . . puberty!”

Lily Tomlin said (in her one-woman show, “The Search for Signs of Intelligent Life in the Universe”): “If love is the answer, could you please rephrase the question?”

I have a friend who laughs easily-at funny things he reads or even his own foibles. He says, “Laugh alone and the world often thinks you’re an idiot, but they may laugh along.”

Numbers are not my strong suit. After I had added up a budget on a hand calculator and come up with three different totals, my business partner once quipped, “There are three kinds of people: those who can count, and those who can’t.”

Here’s an anonymous saying: “I had an IQ test. The results came back negative.”

Other kinds of unifying humor can kid about a common situation. Here’s a bumper sticker emailed to me by one of the subscribers: “Montana – At least our cows are sane!”

Or the human condition: “God pulled an all-nighter on the sixth day.”

I saw this emblazoned on the tee shirt of a very rotund man coming out of a San Diego beach shop: “The problem with the gene pool is that there is no lifeguard.”

You can find still other kinds of unifying humor simply by reading what is around you. For stating the obvious, look at some newspaper headlines:

3. Absence of humor: Appears to have no sense of humor. This kind of person prefers to focus on doing the task, being good, and other “productive behavior.”

Here are some of findings from an MIT study. Divisive humor often seems the funniest, at least at first, because we can feel superior in making fun of someone else.

Some of the funniest lines are insulting, yet – like a scalpel – they cut fast and deep inside even the thickest skin.

One gentle way to speak with someone who is shooting divisive humor “bullets” at others is to say, “Never draw fire; it irritates the people around you.” Or, more directly, Adlai Stevenson once said, “He who throws mud gets dirty.”

Unifying humor was the most surefire way to break tension or conflict.

People who used the first kind of humor were more likely to not keep agreements than people in the other two categories.

People who exhibited no humor at all were more likely than people in the other two categories to be most harsh and unforgiving in their judgments of others and more likely to see the world in “right/wrong” categories, thus the least able to be accepted as team players.

Most people probably rationalize their use of cutting humor as harmless fun. After all, it is usually a matter of perspective-that is, who is getting skewered.

As Mel Brooks once wrote, “Tragedy is when I cut my finger. Comedy is when you fall down an open manhole cover and die.”

Unifying humor is healing and enables us to see the larger picture where hope is possible.

Charlie Chaplin once said, “Life is a tragedy when seen in close-up but a comedy in long shot.”

Humorist Allen Klein began writing about humor as healing when his wife was diagnosed with cancer. He offers this story: “When the naturalist William Beebe used to visit President Theodore Roosevelt at Sagamore Hill, both would take an evening stroll after dinner. Then one or the other would go through a customary ritual. He would look up at the stars, saying, “That is the Spiral Galaxy of Andromeda. It is as large as our Milky Way. It is one of a hundred million galaxies. It is 750,000 light-years away. It consists of one hundred billion suns, each larger than our sun.”

Then silence followed. Finally, one of them would say, “Now I think we are small enough. Let’s go to bed.” A little perspective, like a little humor, goes a long way.

Consider the times when you’ve simply goofed, made a “silly mistake,” or otherwise didn’t do the smartest thing in the situation. Like me, you have a rich reservoir of such stories from which you can draw.

Have them ready in your mind to tell when you want to lighten someone else’s load and bring them closer. These are the situations you want to share with someone when they are in an unfamiliar situation, feeling insecure, just made a mistake or feeling uncomfortable for some other reason.

Sometimes the lubricant of dry humor can lighten a dark situation. My friend Stevie walked through the rain to open the door of his eagerly awaited new home to find water dripping from the entryway ceiling and said, “Every silver lining has a cloud.”

If you and several others have made mistakes in a situation, you might offer this facetious advice to poke fun at yourself and your teammates: “Foolproof implies a finite number of fools.”

“In life, as in art, it is often a matter of knowing where to draw the line.” If you overuse self-deprecating humor, be mindful that you may wind up appearing victim-like.

Every humorist needs an audience, and I-who can’t remember punch lines-can often play that role. My father was a natural storyteller and punster who could make me laugh when I got too serious.

My friend Adama says, “The shortest distance between two puns is a straight line,” and I’m often that line.

Some of my favorite kinds of humor are when people can juxtapose two apparently unlikely images to make a point.

In a tense meeting where I was attempting to coach the engineers in a company startup to describe their complex wireless portal product to potential investors in a way that was understandable, their usually patient lawyer finally broke the tension by saying, “I’m as confused as a baby in a topless bar.”

Some people might never offer a direct apology for past behavior but will sidle into atonement by using wry humor, such as, “Procrastination means never having to say you’re sorry.”

Some of the most genuine ways to inject humor into your daily life are by looking at situations as theater.

Alan Funt’s classic TV show “Candid Camera” and subsequent knockoffs of that show can give you ideas. As poor graduate students, eight of us used to form a spontaneous “live theater” group on Friday nights by assigning ourselves “roles” and then walking separately into a busy bar in San Francisco to act them out with each other.

The rules? Each person could give three attributes to another person in the group. For example, one night I was to be a very shy kindergarten teacher who was raised in a small North Dakota town and another person was designated as a playboy law student from a rich, old-line Philadelphia family. You can imagine the scenes that unfolded. These days you can watch Drew Carey’s hilarious improve show, “What’s My Line Anyway,” to learn some new rules for creating your own spontaneous “live theater.” I found those evenings offered unforgettably fun ways to let stress roll away and see new sides of friends I thought I knew well.

Here’s a somewhat surprising secret to genuine happiness – with others
(Hint: It’s not about you): Perhaps the straightest, most natural path to getting more people to like you is to get them to like themselves when they are around you. What’s one of the easiest ways? Getting them laughing with you. When you get others laughing they like how they feel, so – of course – they are looking at you and liking you too.

Want to learn more about how to connect better in more situations?
Discover over 140 specific ways to have a more accomplished, adventuresome, meaningful and satisfying life with others consider reading my eBook, Mutuality Matters: How You Can Create More Opportunity, Adventure & Friendship With Others