How to Have Closer Conversations

“I swear, my dear. Sometimes our conversations remind me of a broken sword,” she raised an eyebrow looking at him. “Sharp as hell,” he said, “but lacking a point.” ~ Brandon Sanderson, Warbreaker
Real Conversation Is Akin To Catching A Fish 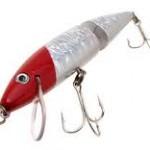 Until you find the lure and hook on which someone will bite, you won’t pull them closer. You are talking to yourself. Soon they may show irritation or worse, or go on a mental vacation. Whether you’re attempting to get closer to your spouse, a prospect or critic, this holds true.
“It is all right to hold a conversation but you should let go of it now and then.”~ Richard Armour

Go Slow to Go Fast in Growing a Stronger Bond With Others
When you see their interest rise in the conversation you have a glimpse of the hook. Ask follow-up questions, directly related to what that person just said. If you do just this much, then recent research shows you are among the five percent of Americans who actually do. In so doing, you accomplished two things. You increase their openness towards you because you’ve demonstrated you care. And you’ve gotten a closer look at the hook that most matters to them in the conversation. Now you can speak to their hottest interest, in a way that serves you both.

“Listening is a magnetic and strange thing, a creative force. The friends who listen to us are the ones we move toward. When we are listened to, it creates us, makes us unfold and expand.” ~ Karl Menninger

First Focus On Making Them Feel Great
One of the biggest misconceptions about connecting is seeking, first, to be liked. The counter-intuitive way to get someone to like you is in knowing this core truth: If they like the way they feel when around you, they will like you. In fact they will project onto you the character traits they most like in others, even if you have not yet exhibited them.

Conversely, if they do not like the way they act when around you, they instinctively blame you for it, regardless of the “true” reason. They will project onto you some of the qualities they most dislike in others. What’s worse they will go out of their way to prove they are right, even in ways that damage their reputation as well as yours.“The true spirit of conversation consists in building on another man’s observation, not overturning it.” ~ Edward G. Bulwer-Lytton

Eleven More Ways to Connect in Conversation And Be Sought-After
Both online and in person, connective conversation is increasingly rare so your capacity to connect deeply with diverse individuals will cause you to stand out and attract smarter support sooner in all parts of your life. Here are more pointers to support that habit:

1. Be direct in answering questions. First answer. Then elaborate, not the reverse, which is increasingly common. Don’t give qualifiers and background before answering. That’s underbrush he must wade through. You make seem like you are going off on a tangent rather than responding to him or, worse yet, being evasive.

2. Focus on what she is saying right now. Avoid trying to anticipate what she is going to say. You may miss what she actually means. “To truly listen is to risk being changed forever.” ~ Sakej Henderson

3. Don’t interrupt. It sends the message that your views are more important than his

4. Confirm your understanding of what she said, using her words. Don’t paraphrase. You are keeping a thread to the conversation and thus moving you both forward in it. “Every moment counts, and moments are lost when you’re not in them 100 percent.” ~ Tachi Yamada, M.D.

5. Ask follow-up questions to clarify and to glean the specific benefits he seeks, or problem he wants to solve – or other conscious or unconscious desire he has in the conversation.

6. Take notes. It demonstrates interest and respect and enables you to recall exactly what was said. When you take notes you triple the amount you remember – even if you never look at those notes again.

7. Control outside interruptions and distractions. Where possible meet in a place that is not noisy, and where seats are comfortable.

8. Sit at a right angle, sidling, rather than across from her. We tend like each other better when walking, sitting or standing side by side or at right angles from each other.

9. Avoid patterned shirts, blouses or other distractive clothing especially on the upper half of your body. Patterns, like noises, shorten attention spans.
“It was impossible to get a conversation going, everybody was talking too much.” ~ Yogi Berra

10. Lean slightly forward towards him and look directly at him much of the time. Nod sometimes and do not fidget. Just as smiling actually lifts your mood as well as those who see it, acting interested in these ways often makes you feel more interested.

11. Remain genial and receptive. Do not react negatively – even and especially to highly charged words and tones. Hear her out. Then respond. Say, for example, “May I tell you my thoughts on that?” Don’t change the topic. Some people will cool down and begin to talk calmly once they vent their anger and frustrations and feel heard.

The Icing On The Cake Of These Conversation Cues
The more strongly that someone connects with you the more likely it is that they will emulate your becoming behavior, tell others about your positive traits and actions, and want to introduce you to opportunities, colleagues, friends and the friends of their friends. Sound like a way to savor your life with others?
For further ideas on fostering convivial, worthwhile conversation I recommend these books Crucial Conversations, Conversational Intelligence, Difficult Conversations and Fierce Conversations.