How to Optimize the Power of Your Praise

“He’s such a good, smart player and a clutch player,” said S.F. Giants manager, Bruce Bochy, in describing Marco Scutaro after last night’s pennant-winning game in the soggy rain here in S.F. What part of that praise is most memorable? Like Scutaro’s nickname, Sparkplug, “clutch” is the most specific and thus the sticky part of that quote. Chris Brogan comes to mind. Because he frequently reminds readers to “be human” I have long admired this social media expert, and how he praises others.

Even though my introverted side used to come out at large conferences, I mustered up courage to approach him, moments before he was to speak, and when he was busily working on his smart phone. I said nothing more profound than that I’d long admired him for walking his talk in shining a spotlight on others’ acts of kindness, especially when conducted in unexpected ways. He looked warmly at me, asked my name and thanked me.

I then settled into my seat some ten rows back. Soon he was introduced and started his talk then stopped, mid-sentence, came off the stage and over to my side of the room to say something like, “I’m sorry. I didn’t give you my full attention moments ago, Kare. And I do now remember reading your ideas about connecting with others. Thank you for coming up to talk with me earlier.” The audience looked momentarily startled then most smiled. Some clapped as I turned beet red and he returned to the stage to continue his talk. Like Sean Stephenson, who unexpectedly acknowledged by President Clinton in a Rose Garden gathering, I will probably remember that praise for the rest of my life.

We Mark Ourselves by the Stains of Our Critical Remarks and Actions
Conversely, criticizing others leaves an indelible stain on one’s reputation, especially in this increasingly connected world. As Adlai Stevenson once said, “When you throw mud you get dirty.” Just as our primitive “fight or flight” brain reacts faster, more intensely and longer to negative actions than positive, even the unintentional appearance of criticism lasts longer than praise. If, for example, someone see five things they like in what you say or do when first meeting you and then feels criticized, just once, that negative moment will be the one most indelibly remembered and will most affect their future behavior towards you.

Yet, ironically one of the easiest ways to be seen in a positive light is by shining a spotlight on a remarkable side in someone else. The multiplying power of praise happens as people tell others about such incidents, as I am in this post.
Hint: Praise individuals for praising others. This is a vivid, credible and becoming approach to bringing out the best in all of us. Heck, even waiters who compliment customers get three percent bigger tips, on average.
Try some of these ways to magnify the power of your praise:
1. Shine a spotlight on someone in unexpected yet relevant times and places. After witnessing such an experience at Harrods in London Gretchen Rubin wrote about it thus shining a priceless spotlight on the soul of the store.

2. As a variation of #1, put your sticky note of praise in a place where it will be seen by that person – and by others who are important to them. Cite their action in social media that their friends and colleagues see.

3. Give a present to that special person in front of people who matter to them yet are from a different part of their life than the part you share with them.
Example: The Friday night after Marco worked through the weekend to fix a problem at a start-up, he went to his bike club’s monthly dinner. With prior agreement from the club, his boss, the start-up founder, came in the door and was introduced to everyone by the club president. Then, in front of everyone, the boss gave Marco a gift coupon to his favorite bike store, describing how Marco’s astute, diligent work during the previous weekend probably salvaged the fledgling firm’s reputation.

4. Start with marbles. Mike Rogers describes a CEO who began practicing giving praise by placing five marbles in his right pocket each morning. Each time he complimented someone, he moved one marble to his left pocket. By the end of each day he planned to move all the marbles. After awhile he no longer needed to use the marbles.

5. Look for times you can reinforce someone’s competence and belief in their top talents and/or positive character traits with this authenticity-boosting addition to two phrases suggested by Rich DeVos:
“I’m proud of you” “I believe in you.”
Add “because” to these sentences, citing the specific actions that evoked your praise, thus making it more credible and memorable. “I’m proud of you because…” “I believe in you because….”

6. As the most cost-effective and satisfying way to attract more customers, offer multiple ways your customers can praise what they most like about your business or other organization. Andy Sernovitz is always offering pithy, true stories as examples, which I think is key to his popularity and credibility. 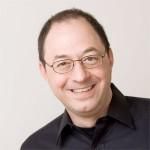 7. Even in asking for permission you influence whether someone is likely to criticize or praise you to others. Here’s an example: A Catholic priest was transferred to a new parish. He approached his superior and asked, “Would you mind if I smoked while praying?” Not too surprisingly, he was turned down.
You can change the meaning and the outcome of what you say by how you say it. Set the stage for what someone is about to hear from you. Do this by choosing the order in which you say something. That creates the context in which the listener hears the intention behind your words. The priest, for example, might have secured permission – and a positive first impression – if he’d made his request this way, “Would you mind if I prayed while I am smoking?”

8. When crafting a speech, have a core point with three supportive points that substantiate it. For each supporting point, think of the individuals who will be in that audience. If you are an outside presenter, involve the meeting planner in finding the action of someone in that audience that is a positive example for each supporting point. After the audience is seated, with the meeting planner’s help, see where those three people are sitting. Then, when you cite your point you can be looking at each person or even moving to stand by them or simply smile and point at them as you describe how their action reinforces the validity of your point.

9. The effect of praise is so potent that even false flattery sways us more than we think.

10. When you show you care as you praise others you can transform them and yourself as you can see in this wildly popular video fable Validation: Free Parking. To spur you to praise other more often, in writing and in person, consider this: The heaviest thing to carry is a grudge and the shortest distance between two people is a compliment. Praise what you want to flourish in yourself and in others.

Strengths spread just as fears do. Supplant your fear with a greater motivation.