An Approach to Crowdsourcing Worth Emulating

Like the Aussies, you’d probably jump at the chance to preserve your country’s past – especially if you could fit your volunteer work into convenient breaks in your day.  That’s why it’s worth your while to learn about the crowdsourced Trove project.

But another reason is that you might be able to adapt the Trove approach to involve like-minded people in tackling a time-consuming yet worthy project that matters to you.

Here’s the story of The Trove.

The National Library of Australia invited citizens to join them an ambitious campaign to digitize out-of-copyright Australian newspapers from 1803 to 1954 that soon grew to include other Australian collections.

The librarians described the project a “national online discovery service”, thus evoking national pride and a vivid reason to volunteer. And Debbie Campbell, the projects director of collaborative services, enthusiastically dubs her slideshare on the project “Explore Like Never Before ….”

Rose Holley, the librarian in charge of the Trove has been astounded by the wave of volunteer involvement. What began as a huge volunteer project has morphed into a search engine that now provides access to more than 90 million items about Australians and Australia. As of last month 4.3 million images from Picture Australia including all contributions from Flickr users can now be found in the new Trove service. Trove searches multiple types of resource, including photographs in Picture Australia and elsewhere.

From the beginning, the library wanted the results to be easily available and searchable by anyone. That’s why it opted for an open source platform that enables people to contribute, correct and find information.

Here’s how it started.

in July 2008, the library got a grant to cover the overhead cost of this extensive OCR scanning project. It included the launch of a free online service for full-text searching of newspaper articles.  Then the library invited volunteers to help by searching and correcting the OCR-scanned text, as well as adding subject tags to articles. Old newspapers are difficult to scan so it helps to have humans correct the results. 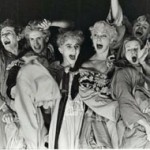 Volunteers uploaded and classified photographs to the Picture Australia public-domain photo library. By June 2010, there were 12,000 active volunteers had corrected 50 million lines of text.

Holley was overjoyed: “It’s amazing to think that we have 20 million articles awaiting correction, and in a year we will have 40 million. It’s an impossible, crazy goal, but in many ways that seems to inspire people.”

Reward Your Most Diligent Crowdsourcing Volunteers

Leverage the Ways Your Volunteers’ Work Can Help Others

Articles from the service have been harvested and are now available from the Google News Archive Search.

Also the searchable Trove has grown to include maps, music, diaries, books, journals and more. One result? The library more than doubled its web services traffic to reach more than 2.5 billion hits in 2009.

Librarian Holley offers a vital insight that applies to all crowdsourcing projects: “People don’t want to be taken advantage of, so they are much more motivated to help a non-profit organization.”

You become what you most frequently do. Quit lesser things to hone your best talent faster, with and for others.