Make Your Work an Opportunity Multiplier With and for Others 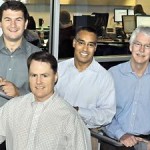 “I had a woman in Idaho tell me that her options for employment went from one job to hundreds because of her ability to work from home after receiving broadband,” said DigitalBridge founder, Kelley Dunne.

In partnership with others including Internet providers he offered online access to rural or otherwise “underserved areas of the country such as Native American reservations, rural communities and inner-city low-income housing.”

Dunne ‘s lifelong work path provides us with step-by-step insights on how to accomplish greater things with others and savor the friendships along the way.

Here are his steps that we can adapt to our work in our own way, even at a later stage in life:

1. Continuously deepen expertise in one single area that matters to you and matches your talents.

2. Practice working in teams, as a leader and a team player – especially self-organized teams – those not required by a “boss.” More important than leading in this increasingly connected and complex world, see how to become the Most Valuable (kind of) Player most needed in each situation.

Then you’ll stay sought-after for future opportunities on other teams. Morten Hansen calls this T-shaped management yet anyone – even non-managers – can practice it.

3. Learn how to scale and/or replicate the projects on which you work.

4. Keep an eye out for problems to solve and opportunities to seize, where you can employ your deep expertise and befriend apt partners along the way, before you need them.

5. When that irresistible problem or opportunity presents itself be ready. To tackle it find the right partners who complement your talents (and no extra people) and who share a sweet spot of mutual interest with you to tackle that task.

Together get specific on your actionable goal to create a different service, product or organization and/or to serve a different niche better together than you could on your own.

In keeping with those steps, Dunne described what he has done, in a recent interview:

1.“As I started my career, I decided that if I was going to participate in society, I wanted to first do something to serve others. I joined the Army, where I was involved in rolling out some of the first digital wireless communication systems.”

2. “Being a lieutenant in the Army taught me accountability, leadership and teamwork.

I eventually joined a very small company that was delivering DSL technology to apartment communities across the country. We grew rapidly.”

3. “I brought vision, leadership and execution and the ability to build a scalable business. In 2000, when we sold it to Verizon, it became Verizon Avenue.”

4. “I began to see that as the world evolved more into a wireless one, we could create different business models to 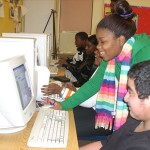 serve areas that were harder to reach.”

5. “I came up with a plan to do this and pitched it to Verizon. We applied new technologies for underserved areas of the country such as Native American reservations, rural communities and inner-city low-income housing.”

We worked in cooperation with other partners in the industry to help figure out how to serve different parts of the country.”

“I’ve always been an admirer of One Economy. I love the way they ran it like a business, created very collaborative public-private partnerships and focused on the holistic solution – not just access but content training and sustainability.

Here was an opportunity to bring wireless to underserved communities on a bigger scale with a very well-respected organization that has a long track record and is poised to do some fantastic things both domestically and globally.”

Next step for Dunne? He is now the excited new ceo of One Economy, eager to train and mentor more “Digital Connectors” to help low income people improve their lives, including by gaining access to computers and online resources.

Hint: Collaborating around a sweet spot of mutual interest often leads to dreaming bigger and opens new doors of opportunity and friendship.