Why Do We Laugh? 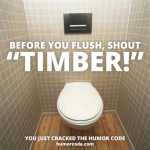 Do they crack up laughing or squirm and turn away when you attempt humor?  Want people to laugh with you? Dark humor, done right, may be key according to The Humor Code co-authors, Peter McGraw and Joel Warner who travelled the world in search of the answer.

Can you suggest an unexpected, silly side of a familiar, embarrassing or even tragic situation? Then you’re evoking the “benign violation” theory of humor, the central premise in their book. They found that “humor arises when something seems wrong or threatening, but is simultaneously playful, safe or otherwise benign.” 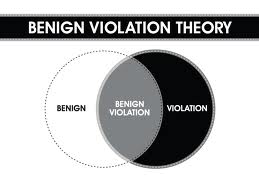 We are likely to laugh at a surprising conclusion. That unexpected twist at the end is also often true in self-deprecating humor.  See these three examples I found:

1.  Emblazoned on the T-shirt of a rotund man coming out of a San Diego beach shop: “The problem with the gene pool is that there is no lifeguard.” 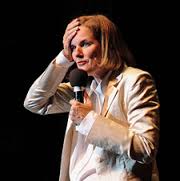 2.  After telling an audience that she’d watched “dog whisperer” Cesar Milan give advice, comedian Paula Poundstone said she learned that “when a dog is sniffing you, he’s gathering information.” She concluded that, “My dog is collecting an extensive dossier on me.”

3. “The time for action is past. Now is the time for senseless bickering,” Ashleigh Brilliant once drolly concluded.

The Right Kind of Humor Bonds Us in Odd Situations

The co-authors of The Humor Code barely knew each other when they decided to travel the world together to discover what made people laugh. Warner is a freelance writer and McGraw directs the Humor Research Lab at the University of Colorado Boulder. It could have felt embarrassing, winding up in a hotel room in Palestine’s West Bank where a transparent glass wall separated the bathroom and bedroom. Instead, Warner told me, “It was easy for us to make cracks about playing ‘guess the body part.’” 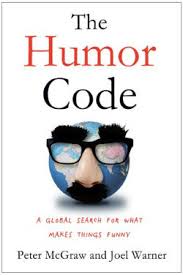 Be seen as an intriguing outsider. “There’s a reason why minorities—Jewish-Americans, African-Americans, Muslim-Americans—have long flourished in the stand-up scene. Many of the best comics are outsiders, by circumstance or by choice,” observed Warner.  He added, “Chris Rock, for example, grew up in a working-class section of Brooklyn, but was bussed to predominantly white schools. That made him an outsider in both places, a painful situation for a young kid but a great state of affairs for a future stand-up icon.”

Take Your Humor To The Edge Yet Not Over The Top

When the co-authors asked people in Sweden and Denmark about the horrific international fall-out from the unattractive, ostensibly funny cartoons of Mohammad published there in 2005 and 2007 they discovered that many still felt the trauma from the life threats and trade boycotts that ensued.  As Nihad Hodzic, deputy head of the Danish organization, Muslims in Dialogue, told the co-authors, for most Muslims, the problem wasn’t Muslim prohibitions against depicting Mohammad, it was how: “It would have had a totally different outcome if this had been a nice painting of Mohammad, I would not have been angry, But this was something that was clearly made to mock.”  With my Danish ancestry I am especially saddened to see that some Danes are still tone deaf as to what messages would offend.

Not surprisingly, Warner told me he learned that, “Humor can be dangerous stuff. Cracking jokes has all sorts of beneficial effects, but when those jokes fail, they can have far-reaching consequences – especially today, when a newspaper cartoon can go viral, a quip in an e-mail can be forwarded around the office, a tweet can be heard around the world. Think hard about who the audience is, and most importantly, who’s the butt of the joke.

Humor, after all, can be a form of attack – so who’s the target, and do they deserve it? Are you cracking wise to build bonds, lighten the mood, shed light on sensitive topics – or to just be mean?”

As you undoubtedly know by now, there are many benefits to getting others to laugh with you including likability, and capacity to dissolve tension or unify a group. Also, “Women want funny guys” and here’s why according research from the Stanford School of Medicine, of all places.

You may laugh at the decision to launch their book on April Fool’s Day.