“When you throw mud you get dirty,  Adlai Stephenson once dryly remarked when advised to criticize his opponent who was launching vicious, personal attacks against him in a political campaign. He lost. Yet others, including me, believe you lose ground when you throw mud.  Instead, praise the part of someone that you genuinely admire when you are tempted to “go negative.”

That way you can avoid being stained by your own criticism via spontaneous trait transference.  That’s where listeners automatically and unintentionally associate with you the trait you cite in describing someone else.  Hint: Ever wondered why people want to kill the messenger who brings bad news? That’s trait transference. 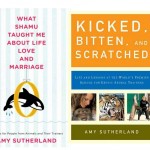 Amy Sutherland wrote about a variation of this effect in her New York Times article, “What Shamu Taught Me About a Happy Marriage.” That article was so popular she got a book deal. In conducting research for her book, Kicked Bitten and Scratched, she watched exotic animal trainers reinforce positive behaviors. A light bulb went on in her mind.  Why not try the same successful animal training techniques on her husband?

Wrote Sutherland, “I should reward behavior I like and ignore behavior I don’t. After all, you don’t get a sea lion to balance a ball on the end of its nose by nagging. The same goes for the American husband.”

Even more startling, two studies conducted at the University of Wisconsin showed that when spouses  spoke generally and positively about a trait that their spouse had not exhibited, at least recently (“Thank you for being so thoughtful as I go through this stressful time at work”) the spouse began exhibiting those caring behavior, often using the very same words wives had used in praising them.  “Honey, want to talk about your day and let go of some of that stress?”

Here’s a funny thing.  Even though we long to be understood and loved we often inadvertently put up barriers.  We are more likely to praise others for the traits we most like in ourselves. And we give the gifts and kind of attention that we most seek.  That’s the Golden Rule, after all.  Do unto others as you would have done unto you. 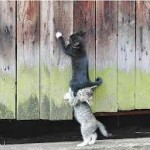 Consider, instead, living by the Golden Golden Rule: Do unto others as they would have done unto them.  Praise the actions that they most like in themselves, and support them in the ways that most matter to them.  Result?  They are more likely to like, compliment and support you in ways you most value.

As Jess C. Scott wrote, “Friends are the family you choose.” 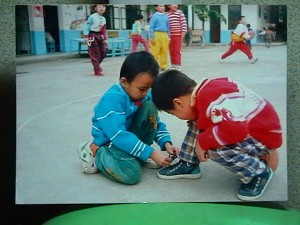 As you build trust with a friend describe the Golden Golden Rule of Mutual Support. Ask them what they most value in themselves  — the traits (temperament and talents) they most want to hone. Listen closely and confirm, to their satisfaction, that you heard them correctly. Then describe what you most like and value in yourself.  Suggest that you support each other in strengthening those traits by offering specific, caring and candid feedback.

As Laurence J. Peter wrote, ” You can always tell a real friend: when you’ve made a fool of yourself he doesn’t feel you’ve done a permanent job.” 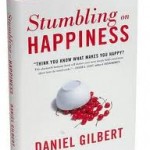 Consider it one more step towards Learned Optimism and to Stumbling on Happiness.