What’s The Lesson in The Story You Tell?

She’d been fidgeting for some while. Suddenly, she turned and started talking to me.  For two hours we’d sat silently, side-by-side at the airport gate, waiting for our small commuter airplane. Leaning on the narrow metal armrest that divided our hard seats, she looked hesitant yet determined. “Now I need to be brave for my father. I’m not sure I know how.  I’ve always leaned on him for help, you see,” she nodded briefly at the man across from us.

“We haven’t been on a plane since we flew here from Bogota last November.  My professor advised us to leave right away. In fact, he gave us the money for our tickets.” I smiled at her, not knowing what to say.

She continued in her low, halting voice, “We are going to our new home.”  She nodded again towards her father. He was gripping his canvas bag with both hands, staring steadily at a blank pillar.   I touched the top of her hand for a moment, and smiled again, then she said, “My mother and four brothers were taken from our home in the middle of the night. They said they’d kill me if we tried to stop them.  You see, they wanted to silence my father.

He stood up to them, even with guns pointed at him, but he’s very afraid of flying. We have different fears. Now I must help him.”

Her father was shifting back and forth in his seat.  She paused and then blurted out, “And he needs his dignity now, more than ever. “ Her eyes looked down and then up, as if for understanding. I nodded once more, trying to find the right thing to say. Finally I smiled again and simply replied, “Looks like you are doing just the right thing for him.”

We sat in silence for another half hour until our plane finally arrived, deplaned and the gate agents asked us to board. The young woman rose, we smiled at each other, and then she followed her father onto the plane.

I started to rise when a trim man with a short crew cut on the other side of me gently put his hand on my forearm, “There’s a tornado warning where we’re going,” he whispered. “Let me ask the agent to change seats so I can sit across from her father.  I speak Spanish so I can ask him about his homeland.  Keep him talking if we wobble in the air.”

Wobble was a gross understatement for what happened later on that plane. No matter what altitude our pilot attempted, our 16-seater rocked, dropped and rolled almost continuously on that long seventy-minute flight.  But in the two seats on either side of the narrow aisle ahead of me those two men talked through most of it, tightly clutching their armrests. Only after we exited the plane did five passengers, including me, throw up, just steps from our luggage outside the airplane door.

The next morning I left my hotel room to meet the conference planner in a ballroom where I was to give a keynote. After greeting me, she said the board member who was to introduce me was just coming in the ballroom door behind me. I turned to see Mr. Crew Cut striding towards us.

As the meeting planner started to introduce us, he smiled at me and interrupted, “We have met already, at an educational session last night.”  I grinned back in surprise.  He continued, now looking at the meeting planner, “It was designed to help people overcome a fear of flying and it appears to have worked for me.”

While I enjoyed several educational sessions at that conference the lesson that sticks with me the longest is the one the crew-cut man gave me: Overcome a fear by helping someone who has the same fear.

What incidents have become stories that shaped your life?  Have you shared them with others?

One of former New York governor Mario Cuomo’s recollections has stayed with me for years: “I watched a small man with thick calluses on both hands work 15 and 16 hours a day. I saw him once literally bleed from the bottoms of his feet, a man who came here uneducated, alone, unable to speak the language, who taught me all I needed to know about faith and hard work by the simple eloquence of his example.”

Want to understand and share the incidents of your life in ways that make them meaningful to others?  Nothing rings more real than sharing the stories that mark turning points in your life.  From what we share out loud, we can learn what matters to us and to each other. Here three ways for finding meaning, and self-understanding through pivotal life moments and connecting more deeply with others as you do. 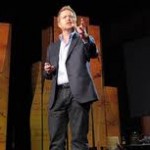 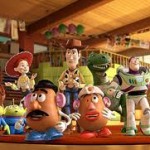 My favorite example is watching Wall-E and Toy Story Screenwriter, Andrew Stanton revealing “the Clues to a Great Story.”

Like jumping into the deep end of the pool to learn to swim, learning how to act out stories can happen quickly if you are willing to dive into improv.  Beginning in Calgary over 20 years ago, TheatreSports, has evolved in an elaborate set of charade-like games. Drew Carey popularized this approach to improv with his TV show, “Who’s Line Is It Anyway?” which may be returning. 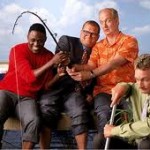 All over the world, chapters have sprung up, offering classes, team competitions and books and tape to learn their form of fun, competitive improv.  In my San Francisco area, we have a large, devoted group of seasoned improv players who also offer books for you and your colleagues to practice story making, in the moment.
It’s a fast way to make friends, see fresh sides of yourself through others’ eyes, hone your adaptive skills – and recognize parts of yourself you may not have seen before you started acting up spontaneously, especially with people you are just getting to know, what Melinda Blau dubbed “consequential strangers.” 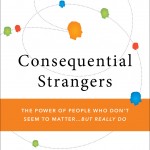 Bring out others’ humanity at work apt vignettes

Pull others into your purposeful narrative because they see a role they want to play in the story you tell, suggests Peter Guber in Tell to Win. See how stories can boost participation and performance. Who knows?

“You may tell a tale that takes up residence in someone’s soul, becomes their blood and self and purpose. That tale will move them and drive them and who knows that they might do because of it, because of your words. That is your role, your gift,” wrote Erin Morgenstern in The Night Circus.