How to Use Humor To Defuse Tension, Befriend And Have More Fun 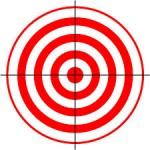 Humor sometimes requires a target. If you make a bulls-eye out of someone weaker, particularly if you initiate the attack, you look like a bully. Take aim, instead, at the powerful. Or, rather than getting upset, consider yourself lucky when someone makes you a target first. Because, as Isaac Asimov observed, “For a humane person, the put-down is most satisfactory and most easily greeted with pleasurable laughter when the person being put down has done something to invite it – in other words, if he has attacked. Then it is lunge-and-riposte and at the riposte we can laugh with a clear conscience.”

Poke Fun At Yourself 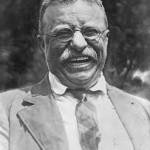 When one makes oneself the butt of the joke one demonstrates unifying humor. Self-deprecating people build trust, get heard and get ahead. They look comfortable with themselves – an endearing quality:
• All I ask is the chance to prove that money can’t make me happy.
• Sylvia toasted herself at her 65th birthday party: “Time may be a great healer, but it’s a lousy beautician.”
•Lily Tomlin, in her one-woman show, “The Search for Signs of Intelligent Life in the Universe said “If love is the answer, could you please rephrase the question?”
• Numbers are not my strong suit. After I had added up a budget on a hand calculator and come up with three different totals, my business partner once quipped, “There are three kinds of people: those who can count, and those who can’t.”
• “I had an IQ test. The results came back negative.” ~ Jake Torkelsen 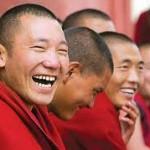 Kid About A Common Situation
The next best thing to solving a problem is finding some humor in it,” thought Frank Clark. Hearing what’s funny in a group also enables one to instantly understand what isn’t safe to laugh at. When your humor highlights what we have in common, you and I feel more like “us.” Joking with co-workers builds bonds.
• Women say they want someone who makes them laugh. Men want someone whom they can make them laugh
• The Harvard Business Review reported that executives with a sense of humor climb the corporate ladder more quickly and earn more money than their counterparts.”
• “One hallmark of a great manager is a self-deprecating sense of humor,” according to a Half survey. Yet, we can take that finding with a grain of salt because people are much more likely to laugh at jokes made by their superiors than their inferiors, and in the presence of a person of high status, members of the same group will check whether the superior is laughing before laughing themselves. Sometimes “if people are having fun, they’re going to work harder.” 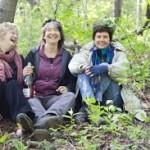 Examples of unifying humor that tap into the universal “us” can pop up most anywhere:
• After a mad cow scare, a subscriber to my blog sent me this bumper sticker: “Montana – At least our cows are sane!”
• When commenting on the human condition: “God pulled an all-nighter on the sixth day.”
• I saw this emblazoned on the T-shirt worn by a man who ran into the door whilst coming out of a San Diego beach shop: “The problem with the gene pool is that there is no lifeguard.”

For stating the obvious, look at some newspaper headlines to see how:
• “Study Finds Sex, Pregnancy Link” ~ Cornell Daily Sun
• “Lack of Brains Hinders Research” ~ The Columbus Dispatch
• Lily Tomlin said, “Nobody is here without a reason. … I like a huge range of comedy but I always wanted my comedy to be more embracing of the species rather than debasing of it.”

Evoke the Incongruous to Unite Others
• A condemned spy was being led out at dawn in a pounding rain to be shot. As he and his guards stepped outside he spoke bitterly to them about the cold, to which one guard replied, “What are you complaining about? We’ve got to march back.”
• Dave Barry: “Never take a sleeping pill and a laxative on the same night.”
• Paul Klee: “A line is a dot that went for a walk.”
Understanding how to hit the funny bone isn’t easy, even with these tips and examples. As E.B. White famously noted, “Analyzing humor is like dissecting a frog. The procedure kills the essence of both the frog and the funny — and then what’s the point?”

The specific detail can prove a general conclusion yet not the reverse. Get specific sooner.