Mortified by My Mistake Yet I Ultimately Learned 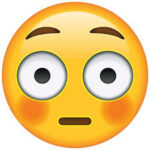 To this day I’m mortified when I see a box of chocolates. I was in the Antwerp airport, heading back to San Francisco. Before settling into a seat at my gate I bought two indulgences for the flight home, John le Carré’s Our Kind of Traitor and a box of Pierre Marcolini chocolate truffles, one of the most popular brands in Europe. Within minutes I was swept into le Carré’s masterful spy mystery. But I promised myself I would savor my truffles, eating each one slowly. At some point, the motion of the man’s arm next to me caught my attention. He, too, was reading—as he casually took a truffle out of my box that was on the narrow table between us.

Flummoxed, I made a throat noise, which went unnoticed. I was angry and cowed, so I just moved my box closer to me. Yet he took three more by the time my row was called to board the plane. I grabbed the box, got up quickly, as did he, and gave him a thin- lipped smile that he returned with vague warmth. It was only when I was in my seat with my book and box of chocolates opened that I looked down and saw my unopened box buried in the side pocket of my commodious purse, where I’d absentmindedly put it right after buying it. As you’ve anticipated, the box I was holding was his. As soon as the safety belt light went off, I managed to find him and apologize, arousing several disgusted expressions from nearby passengers. His response, though, was low-voiced and gentle. “It was a delight to see you enjoying them, truly,” he said. “I’ve been in your place in other situations so thanks for the opportunity to play this role this time as you undoubtedly will in the future. Now go enjoy your chocolates and your book.”

It is humbling to get glimpses of how blind we sometimes are to what is actually happening, especially if we feel wronged or irritated when others appear to be acting badly. When driving we are irritated at pedestrians who dawdle in the crosswalk or walk against the light, yet our righteous feelings reverse when we are pedestrians.

Put plainly, context deeply influences our perceptions and actions. That’s why, as Snopes reported, commuters rushed past world renowned violinist Joshua Bell when he played, incognito, one of the most intricate pieces ever written with a violin worth 3.5 million dollars, while standing in a Washington, DC, subway. He may have been just another street performer panhandling for spare change. Situational blindness can be self-sabotaging. It can sour relationships. It may turn everyday encounters into bruised transactions rather than opportunities to enjoy a moment that might blossom into other opportunity possibilities. It’s why, in a study, when asked to count the times individuals pass a basketball back and forth in a video, the participants missed a man in a gorilla costume strolling through the scene

Our context can also be determined in part by our culture. When asked what they see when looking at an aquarium, for example, Americans and Western Europeans usually comment on the school of fish swimming to the right in the aquarium, and one fish swimming left. Japanese observers, on the other hand, usually describe the arrangement of plants and color of the water as well as the swimming formations. In so doing, they “notice and consider context in a way than many Americans do not,” wrote psychology professor Sam Sommers in Situations Matter. To mitigate such blindness and turn more situations into opportunities to connect rather than conflict, consider adopting the following two mindsets.

GO SLOW TO GO FAST
When you understand how we are hardwired to respond sooner, more intensely, and longer to what we perceive as negative behaviors rather than positive ones, and also that we are often blind to another’s true feelings and motivation, you can use this awareness when you start to feel upset. Let yourself pause to learn more. Someone’s apparent abruptness, for example, may be a delayed reaction to the people who had just acted badly toward them. Your natural instinct may be to either leave, which solidifies their upset, or escalate the situation by mirroring the other person’s offensive behavior, which will only cause you both to spiral up in intensity. As that person acts badly toward you, he may resent you for seeing him behave that way, quickly rationalize his rude response to preserve h his self-esteem, and retaliate for his perceived grievance. To help avoid these outcomes and lower the tension, remember the calming Slower, Lower, and Less Effect. While maintaining a genial facial expression (slightly elevated eyebrows), speak and move more slowly, lowering your voice level along with the amount, speed, and level of your gestures.

FUEL THE UPSIDE BENEFIT OF THE FUNDAMENTAL ATTRIBUTION ERROR
The more others enjoy how they act around you, the greater the likelihood they will see a trait in you they admire—even if you haven’t exhibited it. That’s an example of the Fundamental Attribution Error where, for example, if we see someone cheat, we presume they would cheat in any situation.8 The upside of such contextual blindness is that once I see you positively, I tend to project onto you the blanket assumption that you are always that way. We assume that personalities are fixed, yet they aren’t. One example is the earlier story about how the truffle- eating gentleman spoke to my kind side rather than referring to my rudeness in taking his truffle box. In so doing, he reinforced a positive quality I value in myself. He also evoked my admiration for him, and he modeled behavior I have since tried to emulate. What could have escalated into an even more embarrassing incident instead served as an indelible lesson in paying it forward—in practicing bonding behavior so needed in our increasingly complex, lonely, connected, anxious world.

Simply recognizing how I can easily leap to wrong conclusions, biased by context, sometimes enables me to adopt these two mindsets. The indelible remembrance of that gentleman’s warm, affirming response to my halting apology is a recurring nudge for me to act similarly—not that I always manage to do so. At any time, we can alter the character role we play in the next chapter of our adventure story. We can change scripts, pull in new characters, and even enter new scenes that make our life more meaningful, impactful and fun. Discover over 60 more ways to become more sought-after, quoted and visible:
https://www.amazon.com/Opportunity-Makers-Greater-Impact-Meaning-ebook/dp/B07PLN6KWR