Pay It Forward Better With a Five-Minute Favor 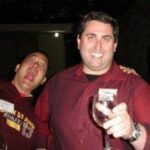 “No gesture is too small when done with gratitude,” wrote Oprah Winfrey. After a decade of research for his best selling book, Give and Take, Wharton professor of management, Adam Grant said this powerfully simple practice was his favorite idea. It won’t cost you anything but five-minute interactions that can be life-changing. Column co-author, Rifkin invented it after observing several individuals here in Silicon Valley who are successful, sought-after and happy. 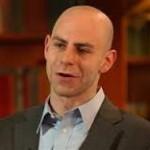 We call this deceptively simple giving practice the Five-Minute Favor. As Grant says, “Adam Rifkin taught me that giving doesn’t require becoming Mother Teresa or Mahatma Gandhi; we can all find ways of adding high value to others’ lives at a low personal cost. The five-minute favor is my single favorite habit that I learned while writing the book.”
We particularly enjoy looking for ways to:
1. Share knowledge
2. Introduce individuals who might benefit from knowing each other
These five-minute favors have broadened and deepened my relationships, injecting greater meaning and satisfaction into my life.” In just five minutes you often can:
1. Use a product and offer concise, vivid and helpful feedback.
2. Introduce two people with a well-written email, citing a mutual interest.
3. Read a summary and offer crisp and concrete feedback.
4. Serve as a relevant reference for a person, product, or service.
5. Share, comment or retweet something on Facebook, Twitter, LinkedIn, Tumblr, Google+ or other social places.
6. Write a short, specific and laudatory note to recognize or recommend someone on LinkedIn, Yelp, or other social place.
7. (Add your own personal favorite five-minute favor to this list.)

As both Grant and Porter Gale, author of Your Network is Your Net Worth point out, you are ultimately happier and more successful when you give without expecting a quid pro quo. You are paying it forward. Since behavior is contagious to the third degree, as Connected co-authors James Fowler and Nicholas Christakis discovered, you aren’t simply helping others,in high-impact, five focused minutes of giving. You are also supporting the emotional spread of this practice. And we all know how we love behaviors that can leverage our value and can spread.

It took years of observation to conclude that the five-minute favor was a big reason for Silicon Valley’s competitive advantage. Entrepreneurial engineers and their associated professional colleagues come here from all over the world to start great things. We didn’t have as many of the traditional structures and ways of living through which people became friends and colleagues elsewhere, such as geographic stability, family ties, religious organizations or alumni associations. We do have more now but the practice of giving, even to strangers, introduced through people we know, became widespread as it is vital to the DNA of a community of start-ups, and re-starts.

Give back and forth is vital to growing, finding the right teams, getting vital feedback and more. 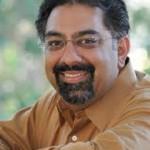 Rifkin learned that favors in Silicon Valley can be extremely relevant because the skill sets and experiences are so specific. A drink could buy you advice on your API from Jeffrey McManus, who had evangelized among developers for Ebay, Yahoo, and Twilio. If you had concerns about the HVAC in your server hosting facility, you might make a quick visit to a cigar shop in Redwood City to get Omar Ahmad’s advice. He’d signed datacenter contracts for @Home, Netscape, and Napster. Sometimes you’d almost feel silly at the small scale of the problems you had compared to scope and erudition of the person helping you. 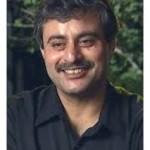 Stanford professor, Rajeev Motwani, the brain behind much of the theory of web search, would gravely discuss your puny graph database as if it were the seed of something much bigger.

But many five-minute favors fall more into the realm of the everyday transactions of life — hiring and starting careers, learning new skills, maintaining relationships — albeit with a Silicon Valley twist. Ahmad, for example, gathered up all the holiday strays for his famous Muslim Christmas, which mostly entailed eating Chinese food with Jews, Hindus, and atheists, watching Hollywood movies, and participating in a discourse on Islamic principles. Anyone could play this game; even the youngest intern Rifkin ever trained, Yi Shi, eventually became comfortable arranging informational interviews for her career-changing friends, including one who switched from erotic photography to systems administration.

There is not enough time in life to follow through on every five-minute favor opportunity that comes our way, but we have both found that doing one five-minute favor every day for someone has instilled in us a habit that benefits more than just the recipient. When enough people do this, those people become a tight-knit community.

As Grant reflects, “My students at Wharton often describe the five-minute favor as life-changing. It challenges their assumption they have to choose between helping others and their own success, allowing them to find ways of giving to others that don’t demand enormous acts of sacrifice.

Over the past year, Adam Rifkin’s approach has inspired three different students to start five-minute favor clubs. They report that bringing peers together to help each other has enriched their abilities to achieve their goals while building a stronger sense of community.”

Let us reiterate that “community” doesn’t have to mean some kind of touchy-feely kumbaya hand-holding — and in fact, as in the case of Professor Grant’s students or Silicon Valley denizens, there can be a fundamentally competitive aspect to the group. For a new industry to move forward rapidly, you need to take a group of strangers and quickly build a certain level of trust between them — or rather to allow for the rapid assessment of each individual’s trustworthiness. This can happen much more quickly when leaders emerge who volunteer to reduce the friction inherent in a system without much organizational structure. Rifkin’s mentors were those leaders, and the five-minute favor was the means by which new members were tested for trust.

Trust is conveyed (or not!) by observing whether new members pay it forward in small but meaningful ways. All new people need are the commitment and follow-through of small regular blocks of time. If we each do something every day, we develop a fabric of trust that is self-organizing, emergent, and truly benefits all.”

As successful entrepreneur, Nick Sullivan said, “Adam always wants to make sure that whoever he’s giving to is also giving to somebody else.” We feel it is highly likely that you would do the same. As Martin Luther King wrote, “Life’s most persistent and urgent question is, ‘What are you doing for others?’”

You can see how it ultimately pays for you to pay it forward, both in success and in living a meaningful life. Simply put, favors are the currency of success. In this increasingly complex yet connected world, that’s true in business, and in our social, civic and personal lives, where the lines are continuing to blur between them.

And that’s a good thing, especially for successful givers like you.

Our primitive “fight or flight” brain reacts faster, more intensely and longer to negative words and actions than positive.