The Forgotten First Step for Connecting 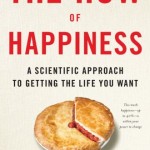 While happiness books are all the rage, none begin by showing us the inescapable first step to connecting with others.   Yet having social ties is the single best predictor of a longer, healthier, more satisfying life.

When hired by Disney to observe what infants and toddlers paid the most attention to at their Orlando theme park and hotels I was surprised to discover that it was not the colorful, lively rides, friendly staff nor the snacks.  It was their parents’ cell phones. That phone was the action center of their world as they observed it. When parents were using their phones to talk or take pictures they were not paying direct, complete attention to their children.

Whatever you pay attention to – or not – determines your world. Isolated or connected.

It is impossible to communicate, much less bond, with someone who can’t or won’t focus on you.  Giving attention is the first and most basic ingredient in any relationship, from a casual friendship to an enduring marriage.

Giving and receiving undivided attention, however briefly, is the least that one individual can do for another and sometimes the most.  Multitasking not only reduces performance it also removes us from deepening connection with others.

“A developmental psychologist showed three pictures to children – a cow, a chicken and some grass,” wrote John Hagel. “He asked children from America which two of the pictures belonged together.  Most of them grouped the cow and chicken together because they were both objects in the same category of animals.

Chinese children on the other hand tended to group the cow and grass together because “cows eat grass” – they focused on the relationship between two objects rather than the objects themselves.”

How does this happen? Some fault our individualistic, Western upbringing, focused on improving ourselves and bent on improving our children, from birth on.  We put our infants in strollers, high chairs and car seats whilst more of the world’s mothers hold babies to their bodies and share care amongst friends and families. As Rapt author, Winifred Gallagher found, “Even before they can talk these tots are primed to attend to what others are doing and feeling.”

That’s why quotes such as these have strong appeal for us independent-minded Americans:

“Remember always that you have not only the right to be an individual, you have an obligation to be one.” ~ Eleanor Roosevelt

“If a man does not keep pace with his companions, perhaps it is because he hears a different drummer. Let him step to the music he hears, however measured or far away.” ~ Henry David Thoreau

“Society is always trying in some way to grind us down to a single flat surface.”  ~ Oliver Wendell Holmes

“Two roads diverged in a wood, and I — I took the one less traveled by, and that has made all the difference.” ~ Robert Frost

Yes, they reflect important traits of self-reliance and identity.  They focus on self-discovery, learning and achievement as the highest value rather than rather than on learning with others and caring for each other. In this ever more connected world, those who will live the fullest lives may shift their mindset to see the strengths of both approaches.

Most motivational speakers, self-help writers, therapists and pharmacologists encourage us to focus on “me”.  They suggest that we  look inward to understand and improve ourselves for a happier, better life.  That’s not wrong; just incomplete.  We are most likely to learn more about ourselves, to grow and to be happy, when in relationship with others. Further, in this connected world, we have they capacity to create something greater – with others, if we pay attention to the sweet spot of mutual benefit. As every well-matched tennis or chess player and happy book club member or spouse knows, simply socializing with others enables us to bond, build community – and self-confidence.

That’s not all. Research shows that paying attention to the other guy often helps you more than him. Attending to others also evokes responses that can help us feel cared for, useful and connected to the larger world.

Paying attention is an individual effort, but it’s also a kind of social cement that holds groups together and helps them feel part of something greater than themselves.

That may be one of the reasons why the Dalai Lama, rooted in the other-directed, interdependent Asian village life, believes that “my religion is kindness.”

Psychologist Thomas Bradbury says, “I am continually impressed by the inconsistency of sustained attention in relationships.  Partners complain about this all the time, and kids probably would too if they could.  We’ have evolved with the capacity to attend to each other, but it’s not exactly dominant in our lives. Imagine a world where it was!”

There are tempting rewards for spouses who pay attention positively, ones that would seem to hold true for all enduring relationships. Research shows that:

• The most important difference between happy and unhappy couples is whether their focus is on the positive or the negative.

•  Contented spouses see each other through rose-colored glasses, holding an even more favorable view than their partners have of themselves.

One Takeaway to Practice

Next to honing your top talent your key to having more options in a life you can savor is to strengthen your capacity to connect  and collaborate with people extremely unlike you.

Focus on the sweet spot of common interest or mutual benefit even and especially if you don’t feel that you understand or even like that other person at first.  In so doing, like practicing yoga, you become increasingly flexible and open to new ideas, thus more relevant and able to resonate with others. Inevitably that leads a richer, more meaningful life.

Along the way of your shared experiences, you may even become friends with some of those individuals with whom you interact – even though they don’t act right, like you.

At least this is the path I am stumbling along and mostly enjoying.  I’d love hearing how your path forward is similar or different than this.