From Slave Trading to Watching Kittens on Treadmills: How We Use Our Cognitive Surplus 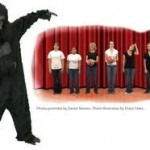 The invisible gorilla, Get Satisfaction, wellness community, Bikewire, kiva and etsy are just some of the online places we’ve shared for fun, money-making, justice, special interests, tips or support. With more free time and the spread of “public media” ordinary citizens can “pool free time to pursue activities together”

suggests Clay Shirky in Cognitive Surplus, his follow-up to Here Comes Everybody.

Yet, where are we heading with this growing capacity to actively share and co-create?

Shirky covers the upside. Here are some points from his book, followed by the dangerous downside of the trends he cites that are covered in other books. These effects will touch all our lives so it’s vital to be aware of them.

•  “The wiring of humanity lets us treat free time as a shared global resource, and lets us design new kinds of participation and sharing that take advantage of that resource.  Our cognitive surplus is only potential; it doesn’t mean anything or do anything by itself. To understand what we can make of these new resources, we have to understand, not just the kind of actions it makes possible but the hows and wheres of those actions.”

• “Back when coordinating group action was hard, most amateur groups stayed small and informal.  Now that we have the tools that let groups of people find each other and share their thoughts and actions, we are seeing a strange new hybrid: large, public amateur groups.  Individuals can make their interests public, more easily, and groups can balance amateur motivation and larger coordinated action more easily as well.”

• “The geographic range of collaborative efforts has spread dramatically.  When Linus Torvalds first asked or help creating what would become the Linus operating system, he received only a few replies, but they came from potential participants all over the globe.   Similarly, Julie Clarke, Valerie Sooky, and Meg Markus all lived in different places when they were forming Grobanites for Charity, but that didn’t stop them from creating a charity that’s raised a million dollars.”

• “Today people have new freedom to act in concert and in public. In personal satisfaction, this goal is fairly 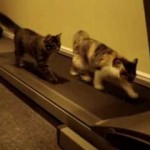 uncomplicated – even the banal uses of our creative capacity (posting YouTube videos of kittens on treadmills or writing bloviating blog posts) are still more creative and generous than watching TV. 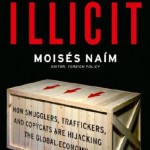 Yes, people like sharing and collaborating, as Shirky suggests yet many are adept at both for illegal goals. There is a tragic and growing dark side in this increasingly connected world as Moses Naim points out in Illicit. From trading in women, guns and drugs, illegal activity has also grown more “creative” and “active” and connected groups of bandits, terrorists, pirates and self-described global businessmen in a more efficient, larger activity. 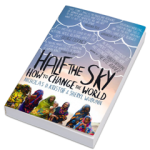 women in than there were blacks at the height of slavery.

As well, we increasingly connect with people who share our beliefs, according to The Big Sort and Going to

Extremes. A dangerous consequence of closer connections with like-minded people is not limited to terrorists.

As a group continues to bond it tends to take more extreme stances on the beliefs that brought them together – and to become more intense in those beliefs.

With our innate desire to belong, contribute and be known – and the greater capacity to connect, share and organize described by Clay Shirky, it behooves us to be aware of the downside tendencies of organizing groups as we enjoy the upsides.

Also as low-paid writers for eHow and LIVESTRONG, wine and other “content farm” workers have discovered, we’ll see other downsides to increased connectivity.