Label Your Idea, Your Business or Yourself Before Someone Else Does 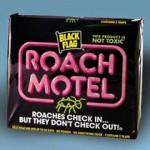 When one billionaire CEO lambasts another, labeling his technology the “roach motel of clouds” he is bound to make news. Few corporate CEOs would be that vividly denigrating except Oracle’s CEO Larry Ellison.

Fewer still would deliver a lightening-quick, equally negative label back, as Salesforce’s CEO Marc Benioff who compared Ellison to an “oppressive dictator” adding that Ellison’s product was a “false cloud.”  Ellison batted back, describing Salesforce’s cloud: “It’s like an airplane, you fly into the cloud and you never get out.”

That’s a rare public battle that shows the newsmaking power of quotability — and that when you throw mud you often get dirty. Yet perhaps your surest way to credibly stand out in your market or your life is by adopting their “Compared to what?” cue — done your way. Let me elaborate. 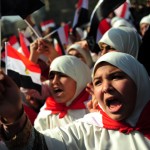 a social business with the Arab Spring in the Middle East.  Benioff said customers, like the citizens in those countries, were going to revolt against traditional corporate software and towards social media. With images behind him as he spoke of Arab citizens writing “Facebook” everywhere, Benioff said, “And the signs we saw, they didn’t say, ‘Thank you, Microsoft.’ They said, ‘Thank you, Facebook.’ We need to pay attention to that at this conference too.

It’s not so long from now we’ll here about a corporate spring. We saw Khadafi fall, we saw Mubarak fall. When will we see the first corporate CEO fall?”

As Scott M. Fulton dryly noted in ReadWriteWeb, “This really endears a company to executives, comparing the boardroom to oppressive Arab dictators.” As well, some experts have said that the effect of Facebook has been overstated.

Yet consider characterizations by Ellison and Benioff as occupying one end of the continuum of quotability with most CEOs clear over at the other end, still using the mush of corporate speak which even they cannot remember without reading their notes.

Interestingness is the Instigator, the hardy pigeon that can carry your message most anywhere.

Interestingness makes a message get heard above the noise. Money can’t buy interestingness, yet vivid comparisons can create them.

The good news and the bad is that reputations can be ruined or lifted by how most anyone labels something or someone – as long the label is as vividly indelible as India ink. More than money, title or even good looks, your capacity to craft the most vivid characterization will make it bob, like a cork, to the top of the water of alternative messages. Who says it matters less and less  — if it sticks.  A janitor can have a bigger megaphone than a CFO.

Yet we are all too close to ourselves to self-label. We know too much to choose the relevant detail from the mass of knowledge we have. We need to listen to our candid, close friends, our customers and our critics. We need to seek the specific example that proves the general conclusion of what we stand for, our main differentiating benefit or talent. Then we scan the landscape for the comparison.

As in the above examples, use the “Compare to what?” cue to stick your label in other’s minds, whether they intended to remember or not. Make the comparison:

To nudge you to start now on crafting your “Compared to what?” label, consider the staying power of these real examples.

• Disparaging comparisons may be remembered, yet often make enemies…

“If you’re watching cable TV to get the news, that’s like going to Olive Garden because you want to live in Italy.” ~ humor writer Andy Borowitz

….unless the comparison is widely believed and apt for the people you want to reach with your message.

“Patents, like plaque, build up in arteries, restrict flow of innovation in our economy. I’m worried about heart attack” ~ Venture capitalist, Fred Wilson, in a Tweet

“Parker has access to trends and signals that are invisible to many people. For him it’s like hearing a dog whistle.” ~ Shervin Pishevar of Menlo Ventures

• Make the comparison apt for your audience

“When we finish a storyline we let out little puff of white smoke like the Curia in Rome.” ~ Leonard Dick, a writer for the TV show, The Good Wife and, previously for House, when interviewed for his Harvard alumni bulletin

“The difference between salad and garbage is timing and chemistry. Perhaps the timing is right.” ~ My friend Gary, when discussing a woman he’d recently met.

“If writing is a muscle, this is my gym” ~David Eaves, describing his blog

• Up the emotional wattage by tapping an emotion

“When I was in the military they gave me a medal for killing two men and a discharge for loving one.” ~ Leonard P. Matlovich’s headstone

Like many of you perhaps I am drawn to some people because they are quotable, even if their topics are outside my usual interests. Who are some of the quotable people you follow? Some of mine are Atul Gawande, George Will, Umair Haque, Whitney Johnson, Roger Rosenblatt, Peggy Noonan, Nick Kristoff, Olen Steinhauer, Michael Lewis and Jonah Lehrer.

What quotable individuals attract you?

For more ideas on quotability consider reading Tongue Fu!, Made to Stick, Tell to Win, and The Leader’s Guide to Storytelling.