Why Men Retreat and Women then Go wild

Dr. Pierre Mornell knew he’d hit a raw nerve when both men and women began fervently nodding during his lecture on “modern 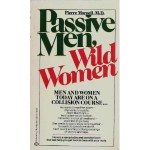 man’s main secret.”  That was in 1987 yet a behavioral scientist I interviewed recently said it felt like yesterday when he sat in that agitated audience.

The most recurring, resentment-raising behavior between the sexes, according to Mornell is that “In our own homes, most of us ‘men’ — we would-be emperors — have no clothes.  We seek down time, thus seem passive and that drives our women crazy.”

“We have met the enemy and he is both of us.” ~ variation on Pogo

Mornell realized that many of the couples he saw in counseling shared a similar style of fighting.  At work, the man is active, articulate, proposing and usually successful in his conversations, especially with other men.  But at home he becomes more inactive, inarticulate, and withdrawn. 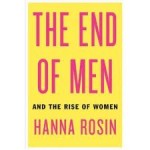 His apparent passivity drives her crazy.  He retreats. She goes wild. Even in the wake of the changes cited in Hannah Rosen’s book, The End of Men and the Rise of Women, this phenomenon seems to persist. Renowned marriage counselor, Dr. John Gottman estimates that “about 85 per cent of stonewallers are men, holding feelings tightly inside.” Women often assume they don’t care when, in fact they are overwhelmed by the emotions that the conflict arouses in him,” according to Jed Diamond, author of The Irritable Male Syndrome.

2. How We Make Decisions Can Increase Our Alienation From Each Other

Men are more likely to focus on what action to take next and who should take it.  At work, they concentrate on getting stuff done by either leading or competing for leadership or doing it by himself.

A woman’s instincts are often to get input from others upfront, and work collaboratively. This approach often appears to take more time.  Further, she is more likely to be concerned if the people are not getting along in the group than the man would.  She omay focus, first, on resolving the conflicts, while the man may want to forge ahead to accomplish the task.  Clearly there are big exceptions to these generalizations, especially as more men and women are working in mixed sex groups sooner in their lives.  Obviously there are advantages and disadvantages with both approaches.  If both ways are respected, more gets done.  But that is rare. 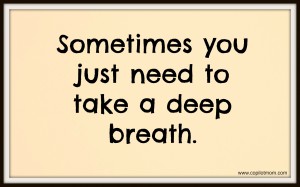 In personal relationships the woman appears to want too much as the man sees it.  She may act bitter.  He feels he can’t meet her needs and ends up feeling guilty and sulky. They both end up blaming each other.

He thinks:  If only she’d shut up.

She thinks:  If only he’d listen and talk with me.

3. How Trouble Can Then Escalate Between the Sexes

In both work and personal relationships woman tend to say more, in greater detail and speak longer. (I’m guilty of that.) A man, on the other hand, will speak and move less, especially when feeling confronted, to the point of becoming almost motionless as if that will make him less visible.  He looks passive. He sees an impending fight, which becomes a self-fulfilling prophecy. He then seeks to what he feels will be an unproductive emotional scene.  In retreat he inadvertently sparks her further interest in getting the situation resolved right now. In fact he may see a spiraling conflict where she sees a fruitful discussion.  Both are right, of course.

Passive:  Inactive, yielding, taking no part, submissive, acted upon without acting in return.

Sound familiar?  Dr. Mornell said that the women he met in therapy were not actually deranged or crazy, but they were certainly angry, vexed, and confused.   He said many were also highly intelligent, talented, many working outside the home and of all ages but very unhappy in their marriages. The husbands were also very intelligent, very likeable and working hard in their business lives.

Men are still more likely to want to come home to rest and retreat. Women may too yet they ultimately want to engage. They sought companionship at the end of the workday, while men wanted “some peace and quiet.”

She asks for more. He senses an uncomfortable pressure to perform, which he resists because he feels he is being told what to do. In a way he is.

4. Instinctively Doing More of What You Know Doesn’t Work

Increasingly agitated by his lack of responsiveness, she comes to him with more demands for what he isn’t giving her. That causes him to retreat further.  She may become more pressured, even abusive while he lapses into complete silence. Total passivity.  She goes wild.  The pattern may turn into the scripts that they play out for years. 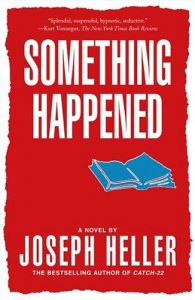 For example, the husband, in Joseph Heller’s novel, Something Happened, says, “I try my best to remember on what terms (my wife) and I parted this morning, or went to sleep last night, in order to know if she is still angry with me for something I did or did not say or do that I a no longer aware of.  Is she mad or is she glad?  I can’t remember.  And I am unable to tell.  So I remain on guard…“

Consequently his routine around her increasingly falls into the rut of being on guard, walking on eggshells. Her habit is to speak out more, more insistently and repeatedly, for him to “get it” and to respond.  When he doesn’t, she escalates her attack, gets more specific and detailed, more fiercely motivated to get him to finally respond.  He gets overwhelmed, and tunes out sooner, longer and more frequently.

The relationship becomes an endless ferris wheel of cycling futility that they both step onto and seem unable to step off, because they both keep it moving. 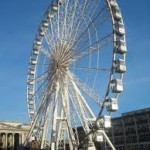 5. New (Rude) Rules of Engagement Emerge … see the rest of the suggestions at my “Quotable and Connected” column on Forbes.